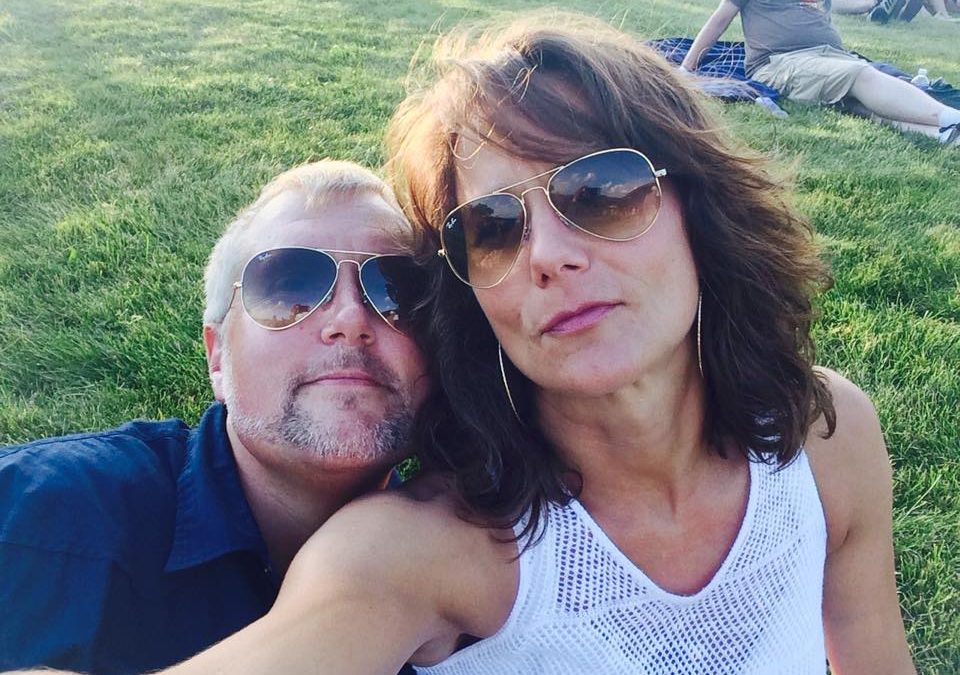 I have an amazing hack for you today that will change your life – FOREVER!

It’s the simplest and fastest way to get just about anything you want in life – ANYTHING!

So, if you’re feeling stuck, uninspired and confused, I’ve got your antidote.

It’s one tiny little 3 letter word, but it’s the key to getting off the couch and back into your life.

Yep, that’s it.  This one word instead of “NO”, had the largest impact into opening up and transforming my life.

In 2015, I definitely needed a new plan.  My life wasn’t working for me anymore. I needed to set a goal for myself.  I needed to change….big time! I wanted my life to be different than it was.  I was shy and afraid and just felt, well….stuck.

I was coming out of a 20 year marriage and I felt myself starting to recoil from life.  Ok…..not recoil….think fetal position. I knew I didn’t want this to be my life forever.  I was determined not to be a Midlife Cliche’. That typical woman sitting on the couch Saturday nights, alone, in a stained bathrobe, empty bottle of Pinot on the table and a shitty frozen pizza all to herself, watching another shitty rom/com…..crying.  I wasn’t going to let it happen. It was the proverbial fork in the road. My life was going to happen now or never.

A few weeks before, I had been watching a movie called Yes, Man with Jim Carrey.  This movie was maybe a “B” at best, but it popped in my head and stayed there like a bad song you can’t shake.  (Think Macarena.)

Why?  IDK. This movie was almost 10 years old, but something about it completely resonated. Carrey’s character, like me, was digging out from a divorce.  His life was getting smaller and smaller and a friend noticed. To shake him out of it, this friend dragged him to a New Age seminar on the Law of Attraction.  This guru’s answer to the life of your dreams was? Say YES!  To everything.  No matter what.

Carrey’s character (being the naysayer-type) wasn’t buying it.  Like most severely stuck people, he judged it as silly and rolled his eyes.  This Guru saw this as a challenge……singled him out, and badgered him until he promised to try it and dared him to prove him wrong.  Well……the self-righteous don’t like to be proved wrong, do they……

He starts saying YES! to ev-er-y-thing.  He can’t say no because he thinks he’s cursed.  And, of course, this brings him great adventure…..and great folly.  But by saying YES! he completely opens up his life.   He gets a promotion, learns a foreign language and the guitar.  He even stops a suicide…….A hero! He falls in love, everything works out and they live happily ever after.  Silly, yes, but I couldn’t shake this premise……I had to try it. What did I have to lose?

That was the plan.  I told you it was simple.

I didn’t say YES! to hitchhiking or joining a cult.  Nor did it mean I would say YES! to baking three dozen cookies for the school bake sale or YES! to every demand from my kids or clients…..this was more about saying yes to me and to the big world out there with all of its opportunity.

I didn’t like where I was and I knew I needed a new plan.  Saying NO! all of the time got me exactly where I was…….on the couch…..stuck and alone.  I was afraid and I knew if I wanted things to be different, I had to be different.  So I made a commitment to myself and I swore on my own life…..I would be 100% in.

I said YES! to lots of stuff.  There were small things like creating an online dating profile.  And big scary things like walking across 15 FEET OF BLAZING HOT COALS!  I was trying super-spicy foods, going on blind dates and even competing in ballroom dance competitions (more on feeling completely stupid and doing it anyway in another post).

I was getting out, having new experiences and NOT hiding anymore.  This experiment was working! I was having a ton-o-fun and meeting a ton of new and interesting people.  Life was getting good. So guess what……

About 4 months into this YES! experiement…….just when I thought I had this Life Thing under control, one of those really cool people turned out to be not so cool.  I won’t go into the gory details, but I was a fool and he was a jerk. I had received my first major blow since it all started. I felt defeated and I wanted to give up.  “Why bother?” I asked. “The world is mean. I knew it was too good to be true.” I had slipped right back into my old thinking just like my old comfy fat-pants.

I was a puddle.  I was literally on the floor crying.  That yucky, ugly kind of crying with snot and slurps and sobs.  I felt horrible. Defeated. And as if on cue…..like one of those bad rom/coms, came a life changing moment.

It was a message from someone I had met almost 4 months before at a local bar at the very beginning of this crazy experiment.  He was a friend of a friend. A fellow music lover offering a spare ticket to some arbitrary concert. I didn’t know him and I didn’t know the band.  Ugh….yuck. I didn’t want to go. I didn’t want to meet anyone new. I didn’t want to shower, do my hair, put on makeup and drive downtown. I didn’t want to be nice and pretty and charming.  I wanted to be sad and ugly and self-indulgent. I wanted my security blankie of wine, carbs and another feel-good movie.

And so there it was……. This message was the proverbial fork in the road…..again.

Was I going to follow the old pattern? Or was I going to say YES! as I had promised myself I would?  I was used to breaking promises to myself, but this year was suppose to be different. I know I didn’t want my old life and I guess I wasn’t willing to give up on myself yet……so I did it…..I messaged him back and said, “Sure”.  Not the resounding YES! I had started off the year with, but I was doing it, damn it!

I didn’t feel like it. And I certainly wanted to say NO!  But I had made a promise to myself and I was going to be Goddamned if I wasn’t going to keep it.

So how does this real life rom/com play out?

So, say YES! more often. Especially when you don’t feel like it.

This one word.  This one decision.  Changed my life forever.  By simply making a plan to say YES!  I made a decision to be better than my old self.  To not hide away from my own precious life. I would feel the fear, anxiety and uncomfortableness…..and do it anyway.  And in so doing, I manifested exactly what I wanted most out of life… Adventure, love, friendship…..but most importantly, I kept a promise to myself and that has made all the difference.